Going Back to the Future

This year’s Visual Connections in New York was a glittering affair, literally, held in the eponymous Crystal Ballroom at the Wyndham New Yorker Hotel. The elegant space was filled with returning exhibitors and a dozen new ones including Curated Artists, Gallery Stock, Storyblocks, Come Alive Images, IMG Replay, NowAnThen, Agence-France Press (AFP) and Foap. Come Alive offered a fun come on by shooting animated Gifs of attendees and there was plenty of swag as always. You can never have too many tote bags.

The keynote, an annual overview of trends and legalities of copyright, releases and trademark issues, was nearly a sell out. Digital Media Licensing Association’s (DMLA) excecutive director Cathy Aron moderated a top-notch panel including Will Clark from Shutterstock, Cynthia Sharp from Adobe, Rita Dorgan from the CBS News Law Department and perennial favorite, Nancy Wolff, a partner at Cowan DeBaets Abrahams & Sheppard. Naturally, social media figured in a lot of the questions and discussion.

The footage session, moderated by Bobby Dicks, Director of Sales & Licensing at CNN Collection, aimed to unravel the mysteries of footage licensing. It covered a wide swath of issues including the licensing models and protocols for new media. The “Anatomy of an Ad” session hosted by Darrel Perry from the American Society of Picture Professionals (ASPP) dissected the creative process of an ad campaign and a re-branding assignment. The final attraction was “The Great Mystery Picture Quiz,” a trivia contest with questions based on imagery and footage provided by exhibitors. It was a spirited event (full disclosure: I was the quizmaster) with cash prizes. And everyone, including some very experienced researchers, left knowing more than they did when they arrived including why Janis Joplin went back to her hometown of Port Arthur, Texas in August 1970: to attend her high school reunion.

Going to Visual Connections is also a bit like going to a class reunion. It’s the chance to reconnect with favorite colleagues you might only see once a year. But then again, you never know who else might show up. And that’s the reason we need events like Visual Connections.

This event started as PictureHouse decades ago and I’ve probably been to every one of them. As a veteran I can take a long look back – years ago I was at a table across the aisle from a young guy named Jon Oringer who was pitching a new licensing concept and agency he’d just launched called Shutterstock. Almost no one would talk to the poor guy! Virtually every company in the photo industry is or has been an exhibitor. As the industry has morphed repeatedly, VC has adapted by bringing in an expanded gallery of exhibitors including producers, footage providers, digital media companies and commercial assignment representatives among others. And the programming and sessions have always been timely and worthwhile.

Deborah Free and Edward Leigh, VC’s co-owners, have worked tirelessly to make this event relevant, informative and fun. It’s not easy to pull off an event with this many moving parts successfully year after year, but they’ve done it with care and grace. Their commitment to the industry and their exhibitors, attendees and support staff is extraordinary. And it shows. However, this year’s event was a little bittersweet. After ten years of running Visual Connections, Deborah and Edward are putting it up for acquisition and turning to other challenges. It’s time for Visual Connections to adapt once again with a new owner and outlook. https://www.visualconnections.com/about/sale-faq.php

It’s my fervent hope that it will be back next year in New York and perhaps elsewhere. We need it. We need the community and connections (pun intended) that events like this provide. Regardless of how many people look at your LinkedIn page or follow you on Instagram, no social media or online profile will ever replace looking someone in the eye and saying what a pleasure it is to see or meet them. Personal contact and exposure to new resources and current industry issues are what makes Visual Connections such a vital part of our business. As well as the free lunch and tote bags.

Hope to see you at the next one. 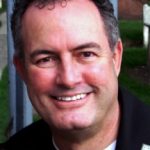