The Great Wine Photography of Cephas

Mick Rock is the chief photographer behind Cephas, a leading photo-agency specializing in wine images. He became interested in wine photography when he and his wife went to a family wedding in the Dordogne Region of France in 1985. Being smitten with the beautiful countryside, he took images, particularly of the famous wine town of St-Émilion and the nearby Bergerac region.

Returning to the UK with a load of transparencies (this was before the digital age) Mick realized there was a niche that was not well covered. In those days wine was not so popular in Britain. He set off on a three-week wine photography trip in 1986, covering the Champagne, Loire Valley, Beaujolais, Burgundy, and Alsace regions of France. This laid the foundation for the agency.

Mick says, “We were quite lucky – wine took off in Britain at that time, and publishers needed pictures – we were there with high-quality material” He had taken the decision to shoot transparencies with 6 x 7cm Mamiya medium format camera, which produced better images than the popular 35mm film, so his work stood out from other content.

The publisher Salamander was working on a series of wine books commencing with The Red Wines of France, and The White Wines of France, and licensed many pictures, so the trip quickly paid for itself. These books were successful, and several commissions followed for the wines of Italy, Spain and Portugal, and other areas. Mick jumped into the car with his camera and burned through about ten thousand miles in seven weeks journeying across Europe.

The industry has changed greatly in the time Mick has been working. Obviously, he takes his pictures on digital now. That means more shots, although some will be edited out. With the old Mamiya film you had to be precise and careful in your photography as a roll only had 10 exposures and was expensive so could not be wasted.

The business of being a small specialist agency is much more difficult now. The crash in prices and the dominance of a few large players makes it a harder business climate. Mick does fewer wine photography trips: he used to travel quite a bit, and the speculative pictures he took would soon return the investment, but nowadays he has to be very sure that this will pay off, or it has to be commissioned by a publisher, for him to go on an expedition to photograph a wine-producing area.

“We are very fortunate in that we have regular clients who keep coming back to us. These are specialist wine magazines, book publishers and wine merchants who respect our quality material. Unfortunately, general magazines and newspapers have subscriptions to big agencies, and that’s where they get most of their images, so they don’t use our pictures so much.”

He has recently been on two wine trips with wine writer Wink Lorch, for her forthcoming book Wines of the French Alps, and also did the photography for her book Jura Wine, which won the André Simon Drink Book of the Year Award. Mick finds that collaborating with a writer can be very fruitful in terms of creative work. Excellent captioning is also part of the service Cephas provides. “Often publishers use our captions directly, as they are just what is needed and always accurate.”

He also photographs wines of the UK. Yes, it does have some. “I want to emphasize how important English sparkling wine has become in the last few years. Needless to say, I continue to cover this exciting development as well.”

What this does show is that small agencies can continue to do business, even in today’s harsh economic climate, if they have a specialist niche they work in, high-quality images, and a good client base who are prepared to pay a little more for the best work. 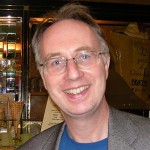 Julian Jackson is a writer whose interests encompass technology, the environment, as well as photography and film. His portfolio is here: https://julianj.journoportfolio.com