I asked colleagues, clients and peers to tell me about their favorite books, magazines and  inspirations for a December theme. We start off the month with this thoughtful post by designer Chad Wall.

I work from, and am most attracted to, a firmly American aesthetic.  I realize that phrase reads as somewhat ambiguous, in an attempt to narrow the meaning: I usually find that I  gravitate toward the speed shop car culture (think Shelby American), Ivy style on the West Coast, architecture, and the art scene in Los Angeles in the early 1960s through the mid-1970s. This span of, roughly, 15 years encompasses the best of American design:  clean, classic, and purposeful.

One of my favorite websites is A Continuous Lean by Michael Williams.

Williams travels around the world looking for original, and interpretations of, goods that epitomize the quality and craftsmanship of the American Century.  One of his most recent posts covered the pop-up fleas he set up in Tokyo that featured American work clothes/Ivy League inspired Japanese and American brands.  He shoots his own images on a Lecia and finished off the article with a beautiful shot of an  early 70s Jeep Wagoneer parked outside the  Tokyo flea location.

Another favorite site is The Impossible Cool. They concentrate on archival images of actors, artists, and musicians from the 1950s, 60s, and 70s. The large majority of the images are collections either owned or licensed by Getty or Corbis. They post infrequently, but when they do it’s worth it. They sell silver prints of many of the best photos they unearth on their trips to archives at  soniceditions.com.

I find myself buying a lot of books from Taschen.  I miss their Los Angeles store.  Now that I am living on the Great Plains I spend time perusing their website. They produce lovely books. Beautiful images. Compelling subjects. Here are a few of my  favorites along with a few other books I’ve added to my collection from other sources: 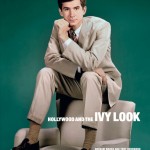 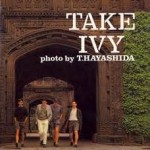 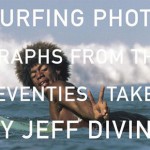 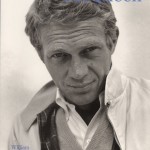 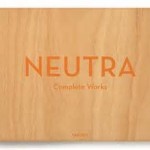 I also draw inspiration from walking my company’s factory floor where we build recreational towing equipment for the motorsports and RV markets and where I serve as the marketing manager and creative director.  The first photo and third photos are of metal lathes from the 1940s, the second is a metal press from the 1930s.  Machines that are still in service. 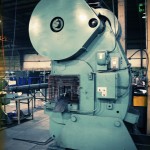 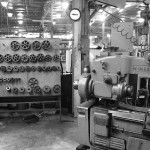 Here is an example of my most recent work. The minute I saw the stock photograph that I’ve used here, I thought of Grant Wood’s American Gothic.  The original image shows the man on the left side, I’ve flipped the image here to match the orientation of Grant’s painting.  I think this ad follows much of the aesthetic influences that I mention above, the clothes, the simplicity and utility of the old Airstream trailer, to me, evoke the style of the American Century. Chad Wall is the marketing manager and creative director at Blue Ox products in Northeast Nebraska.  Before the 2008 recession tore the world to hell, Chad was at Picture Arts/Jupiterimages in Los Angeles where he was a distribution manager working with picture agencies in Europe, Latin America, and Asia.  He loves his job on the plains but misses Los Angeles.